We are still on Spring Break and I've been doing a bit of experimenting, thinking of future lessons.These would also be good for folks looking for something to do during vacation breaks! 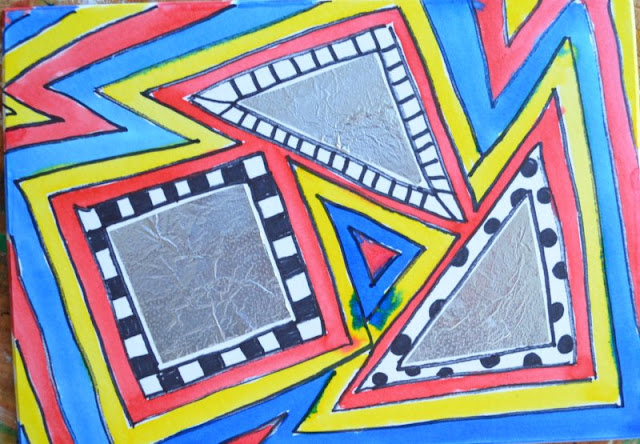 I don't know about you, but at certain times of the year my lessons seem to be driven by what materials I still have on hand. You may remember my GIANT box of sandwich foils that I purchased at Smart and Final. Well, I still have a LOT of them left, so I started with that. 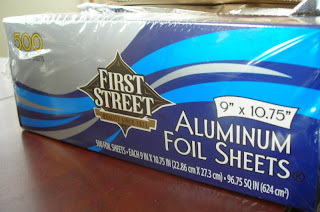 Three straight sided geometric shapes are spaced out on piece of illustration board. 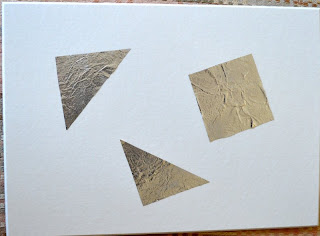 Then Sharpies make contour outlines, eventually "bumping into each other." 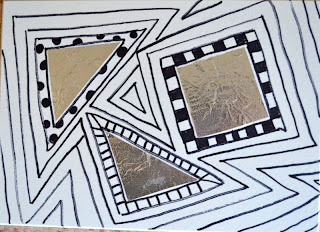 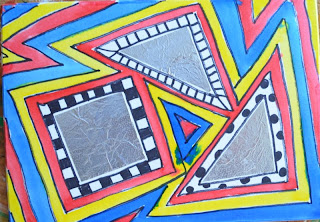 I've actually made several variations of this. It's amazing how I think I know how it is going to turn out, and then I try it out and run into unexpected problems. This is one of those instances -- there were some "mistakes," although I like the overall look.  I'll post some of the other trials later.
Posted by Christie - Fine Lines at 7:22 PM